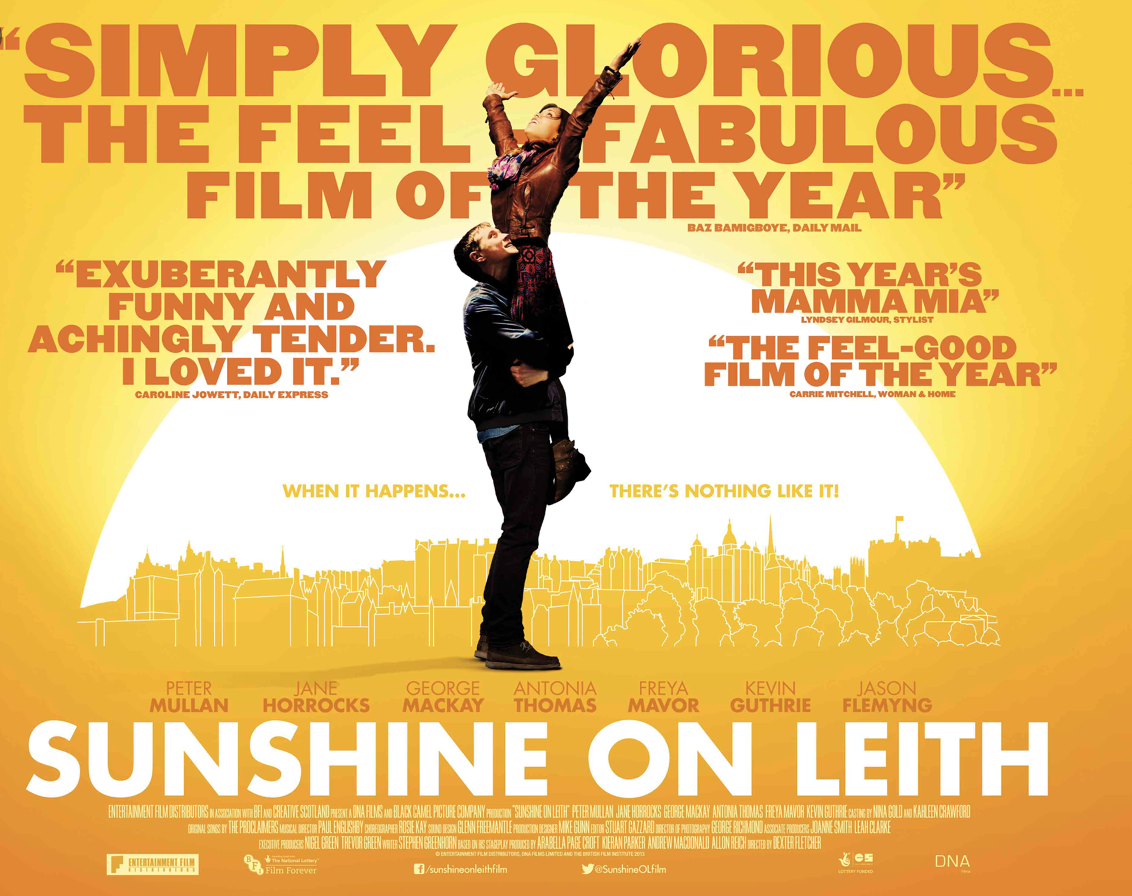 Scottish Music in the Movies

Considering we are generally a nation of music lovers, I struggled to find much to choose from for Scottish Music in the Movies. We are proud of our traditional music using the bagpipes and drums. But we have produced numerous pop groups over the years such as Texas, Wet Wet Wet, Bay City Rollers, Deacon Blue and The Proclaimers. We’ll come back to the Proclaimers in just a minute. Yet it is rare to see any of them appear under the category of Scottish Music in the Movies.

Therefore, I must stress that I have only been able to find three movies whose whole pretext was to build a story around the music. If anyone knows of any others please let me know. With that in mind, at the end of this Blog post, I have also included a short tribute to Bollywood in Scotland.

First of all, I should just explain that the definition of Brigadoon is ‘a place that is idyllic, unaffected by time, or remote from reality.’ For the film, Brigadoon is the story of a mythical village in the Scottish Highlands which appears for only one day in every 100 years. Though it is fictional and is most likely named after the bridge Brig O’Doon located in Ayrshire and appears in the final verse of Robert Burns’s poem Tam O’Shanter.

The movie was actually a Broadway show before it was eventually transferred onto the big screen. Directed by Vincente Minelli and starring Gene Kelly and Cyd Charisse it was guaranteed to be a huge box office hit. The plan was to originally film it in a suitable location in Scotland. But after the locations crew carried out their advance recce in Scotland, they decided that the weather conditions simply were not good enough for a production of this magnitude. So, the entire production was shot on a sound stage at MGM studios back in the US!

For most Scots, if not all Scots watching this movie, they would most likely cringe. Scots would be “greetin” (crying) into their porridge, lamenting that this is not in any way shape or form Scottish music in the movies. It is our worst nightmare if this is how others see us. The movie was awash with tartan and faux Scottish accents. But if you like your musicals big and brash, then this will be just your cup of tea……or should that be just your glass of Scotch? Perhaps this was the start of America’s love affair with Scotland?

Now I am a sucker for a really good musical movie. Ask my wife – I thought that La La Land was the dog’s, yet it left her completely cold.

So for me Sunshine on Leith ticks all the boxes. It has a storyline that explores the full range of emotions involving relationships among family, friends and lovers. The director Dexter Fletcher and his locations team could not have squeezed another iconic site into this movie. And holding the whole movie together is the music of The Proclaimers sung by the actors themselves. For those who may not be familiar with the Proclaimers, you’ll know their keynote song “I’m Gonna Be (500 miles).”

It was originally a stage musical which was finally adapted for the big screen and was released in 2013. The gross receipts of $8, 780, 874 belie just how good a movie this is. George MacKay, the lead actor, has gone on to shine in the blockbuster “1917.” But his performance aside, the other actors who are all familiar faces on the Scottish scene put together a superb ensemble performance.

If you want a real top-notch feel-good musical, watch this. And if after watching this you have a hunger to visit some of the locations in Edinburgh or further afield, visit our TOURS page for further information on the locations that we visit.

It is fair to say that the Scots have had a long term love of country music. If you go far enough back in time, some of the earliest settlers in the Appalachians were Scots, Irish and Northern English whose only form of entertainment was music with fiddles, guitars, flutes and possibly the occasional bagpipe. Over time “Hillybilly” music evolved to become Country music. Let’s not forget that Johnny Cash was and still is a big favourite with us Scots. After all, his ancestry can be traced back to Scotland.

Anyway, back to Wild Rose. This movie, released in 2019,  follows Rose-Lynn Harlan played by Jessie Buckley recently released from prison for drug smuggling. Even her first name conjures up the image of a country singer. She returns to live with her mother who has been looking after her young children while she has been in prison. Failing to get back her job as singer with the house band at Glasgow’s Grand Ole Opry she resorts to getting a cleaning job.

While cleaning in the house where she is employed, her employer’s children overhear her singing and tell their mother. With a desire to go to Nashville, she asks her employer if she would pay for her to go there. She declines but instead her boss gets her a lead to a music pundit in London. If you want to find out what happens next, then you’ll just have to watch the movie. Be warned, however, that Rose-Lynn is not the most likeable of characters…..at least to begin with.

Most of the locations are based in the Glasgow area.

Bollywood, or Hindi cinema to give it its correct title is the Indian Hindi-language film industry predominantly based out of Mumbai. The name Bollywood was coined as a combination of Bombay and Hollywood. Indian cinema produces over 2,000 feature films every year, with Bollywood the largest of the film producers with over 350 films in 2017 alone.

They incorporate many genres within a single movie including action, comedy, romance drama along with musical numbers. Because of Scotland’s stunning locations, the Indian movie industry has fallen in love with filming here. So, here are two of the most successful Bollywood movies that were filmed here in Scotland

This is a 1998 Indian Hindi romantic drama filmed almost entirely in Scotland, Mauritius and India. This was the fourth film together for the very popular Shah Rukh Khan and Kajol.

Released in 2011 it is a love story spanning 10 years from 1992 to 2002. Due to uprisings in Kashmir the lead female character Aayat is forced to flee as a young girl eventually meeting Harinder. They fall for each other but eventually Aayat moves on again without telling Harinder.

They eventually meet again in Edinburgh where they rekindle their relationship. Much of the filming took place in Edinburgh, the Highlands and India.